Apple Have their iPhone 4 Scapegoat? 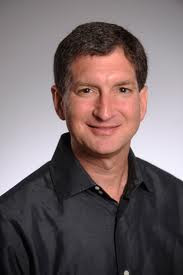 The Apple executive who oversaw development of the troubled iPhone 4 is leaving the company. Mark Papermaster joined Apple as Head of iPhone and iPod hardware engineering department from IBM in 2009 and all seemed to be going well until the recent problems with the antenna on the iPhone 4. Apple would not comment on whether he resigned or was sacked.

Despite many owners reporting the new iPhone dropped calls, the problems were initially played down by the company. The problem was traced to the iPhone's use of its metal casing to house its antennas and small gap between the two antennas. When the gap was bridged on the lower left-hand side of the case the signal strength was drained. This was further compounded by a influential US Consumer Reports organisation declaring that it could not recommend the product. The result was that Apple had to offer free cases to all iPhone 4 owners as these stop the gap being bridged.

The problem may have been an engineering fault, but given the promotion and innovation plaudits at the launch and the far from effective communications programme on the problems post launch, it would appear to be a bit harsh to part company with Mr Papermaster. After all, the design is innovative and the iPhone 4 is leading the market despite its hitch. Perhaps Apple’s Marketing and Public Relations Heads need to take a hard look in the mirror today.
Posted by Martyn Daniels at Monday, August 09, 2010

From what I have read, it seems that the issues extended longer than his tenure, and he was already having issues within the company, specifically with the culture of Apple (and Steve Jobs). That is not to say that Antennagate has nothing to do with it, but it may have been part of a larger and on-going issue within the company.

Specifically, one article cited the issues last fall with the production of the iPod Touch may have been a large issue.

Being an iPhone 4 user, I am not saying that the issue is irrelevant, but I do believe that the issue has been blown up more than it ever needed to be. I love my iPhone 4 regardless.