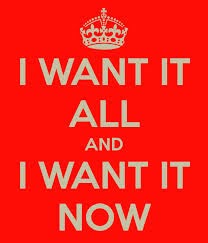 Many new eBooks services are setting themselves up with claims to be the next Netflix or Spotify. They aim to be the subscription service for eBooks. But are they just dreaming and hoping that there is a market? Are they truly aligned, or are they adrift of consumer demand? The pundits and soothsayers all have their opinions, but does anyone really know, or are they merely playing to their respective audiences? The truth today is that no one knows and a gut feel is just that – a gut feel.

Today we look at the digital subscription marketplace and its potential impact on tradition publishing. Tomorrow, we shall look at some of the many new players, their segmentation and offers. We will finish by offering our thoughts on the potential opportunity, the potential winners and losers.

What we do know is that subscription, on-demand streaming services such as Spotify and Pandora are seriously challenging the traditional music market and raising many questions over creator rewards, the music value chain and business models. The music business’s challenges may have started with the P2P services such as Napster, but today’s streaming subscription cloud based services have the potential to challenge and change from inside the industry in a way Napster never could. The big music production players bought early into the likes of Spotify and are tending to control its impact on their businesses, whilst others outside the tent often remain not so well off. Artist often complain that they hear their music, but often can’t equate it to the reward received. Many of the economics of the music industry are slowly now being questioned by the emerging subscription models and as a result are starting to be rewritten.

Netflix is not alone in introducing change to the film and TV Home Entertainment market and has joined a number of other players who are now reshaping what was once a very predictable market. They are not only challenging the distribution channels, but also the content and its funding and creation. Netflix’s production of ‘House of Cards’, Amazon’s ability to convince the BBC to produce a third series of their ‘Ripper Street’ having previously publicly dropped it and Sky’s exclusive productions are some of the examples in a shift in content creation, funding and power.

Many today still can only see the consumer proposition, but as demonstrated, subscription models start to challenge what is produced, how it’s produced and funded and who is the driver within the value chain.

The reality is that we live within a publishing value chain where there are two constants; the author who creates the initial value and the Consumer who buys, validates and values the end product. All the rest are only there as long as they add, or are perceived to add, value. Anyone who doubts that, need only look at the self-publishing value chain and the amazing position Amazon has been allowed to create, or at the traditional bookseller and how their offer has to now be supplemented in order to compensate for their perceived lack of range and higher pricing.

So what makes subscription models potentially attractive to consumers?

If you consume lots of stuff, then the obvious subscription benefits are around convenience, price and range. This works well with music where folk have spent heavily on replacing vinyl with CD and are now starting to draw breath with MP3 and question a further reinvestment in virtual tracks. People tend to listen to a lot of music, a wider range of music, in lots of locations and in particular on the move and they are aware of the price points and are sensitive to price variation. The new digital tracks are no longer a physical object that you place on a shelf and that say who you are and what you like. You may still display them on a social network, but as more music is digital and even a video track can be streamed for free via YouTube, why do you need to own anything?

Even though music tracks often are replayed, the vast majority of tracks sit on the virtual shelf forgotten. This may have worked when the album library was both a decorative and taste statement but becomes a wasted investment in a digital buy through environment. The range and diversity of music that is now demanded by many and makes an on-demand model more appealing especially if it is tied to a recommendation engine, reviews and sampling.

Spotify, Pandora and others have effectively offered music on demand, anywhere, anytime, any device and in doing so have offered both discoverability and convenience at an affordable subscription. This concept changes ownership, rights, valuation and the business model that the relatively new music business has operated within from its conception. iTunes reintroduced the single track, but often at a cost that made little sense to the collector or for people who want to discover new artists and then immerse themselves in their work. 'All you can eat' subscription offers enable the consumer to experiment, take risk and enjoy a wider range of artists than the buy through model. So do the subscription members now listen to more or less music?

Film and TV Home Entertainment is different and here convenience is the real driver as consumers in today’s time hunger environment increasingly want to watch in their time, their chosen place and to break free from the antiquated scheduled slots. Today’s increased bandwidth, mobile technology and network connectivity makes even viewing live video streams a reality. Tying the previously separated subscription services together under one umbrella subscription makes sense as does the shift from the power from the network or device subscription to the content subscription. This can have a disruptive impact on advertising where live audiences are in decline and replay and on-demand audiences are growing. This can even change the funding and pay through models. Home entertainment is just that and producers are having to look at horizontal partnerships as well as cooperative deals to increase the odds of success.

Does the previously well honed staggered release model still work in an environment where the consumer wants it now?

Some would suggest that eBooks have had it easy to date. In the main the industry has merely poured the physical content into the digital container and cried ‘Hey Presto!’ But that could be seen as short-sighted and leaves the door wide open for others to do something different. Subscription models by themselves are different even if they merely offer the same content on a different payment model, but they also have the power to offer more for less. This is especially relevant in a marketplace where readers do not consumer books at the rate they consume other media and often results in a spiky demand profile. Does am easy payment subscription attract only the heavy reader or can it also appeal to those whose reading habit is less predictable?

Can an eBook subscription offer recreate and feed that book consumption rate that enabled the old book clubs to thrive, or have consumer habits and social trends now changed that? Readers are often very eclectic in their reading habit and need a wide and deep range which is obviously suited to the digital repository but what is the difference between a digital library offer such as Amazon's Lending Library and the public library offers of the likes of Overdrive? Does range matter or is it down to convenience?

Today's buy through and download model tells us very little about what happens post sale and whether the book was even read or merely languished on the buyer's virtual shelf. Will an elibrary subscription model offer more reading data and if so will it be shared or remain with the retail service provider?

There remains the often thorny issue of what's in it for the author? How will they get rewarded? Can a subscription market offer greater discoverability, reader loyalty and royalty? Will they get paid instantly on each click through, or do they have to wait months in what is a real time world?

Tomorrow we will look at the emerging subscription players and their segmentation.
Posted by Martyn Daniels at Monday, March 03, 2014

This discussion of course refers only to ebooks in the trade sector. Otherwise, why is there no reference to the already existing ebook subscription services for the academic market--Project Muse, JSTOR, Oxford On demand, etc.? These services are provided to institutions, not individuals, but they serve a very useful purpose. A related phenomenon now taking over in academe is PDA: patron-driven acquisitions.

With regards to ebook content, there are some really inspired ways to utilize the electronic formatting in order to revolutionize publishing. For instance, the WHY Code (http://whycode.com/) is focused on capturing the answers to the fundamental learning questions of a reader, automatically indexing and publishing information from a text in this format. This enables people to understand information far faster than under conventional methods of knowledge publishing.

Lovely photos! You make me want to hop on a plane and go on vacation!! allungamento ciglia