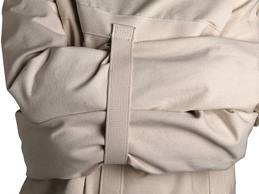 Some ask why ebooks are so cheap to buy today. Some will point to the fact you don’t actually buy them and therefore you are just paying a perpetual rental charge for something you can’t give away, sell and don’t actually own.

What started and looked a serious report on Bruce Willis, in the Daily Mail. The report claimed Willis was taking on Apple over ownership of his vast iTunes library of music may have exposed a few facts to a very wide audience. The story was based on the fact that digital music files can’t be passed on to others and that they in fact die with their owner, or should that be guardian. Irrespective of how much was paid and the value of the library, it all turns to dust on death.  The story was denied in the Guardian and supposedly went away, but like any plausible story, people then asked, forget Bruce what about me and is it true?
We have those who say that passing on one’s media to their relations is akin to leaving them the food in the fridge – a waste of time and they don’t want it. Leaving someone your favourite Beatles music assumes that they want it and like it. They point to passed on 78s and old vinyl that can’t be played. They suggest that it rare to find that the next generation will appreciate and value the same music as the last.

Then there are those who believe that collections of media, be they music, books, pictures, videos can help define who we are and that this alone is a reason to preserve their library and their identity.

In the physical world there is no problem – goods can be handed down, retained and even sold or given away. However, in the digital world things are not so clear cut. We stumbled into the digital age without addressing the ‘first sale doctrine’, which enabled the buyer own the physical file. Today there is no second-hand market for music files, ebooks, games, videos and software. There are a few exceptions and challenges, but in the main you buy a licence not the file. So when Jeff Bezos talks about holding thousands of files on your Kindle he forgets to clarify what the word ‘hold ‘actually means. He is not alone and the whole question of ownership is avoided today.

We have written about challenges to this ‘false sale’ without ‘first sale.’

We have argued for the sale of licences to be made clearer and the need for media markets to move to a more logical on demand rental offer, which would at least remove the current ambiguity. However, the easiest solution is to allow digital goods the same rights of resale as physical ones. There may need to be a registry, but anyone who has read this blog knows we are strong advocates of a rights registry for what is a rights business.

So what about Bruce Willis and his vast iTunes music collection? Well those without DRM should be easy to pass on, albeit against the terms of purchase. Those with DRM remain locked until the service dies, the format dies , the device dies, or the person who bought them dies. It doesn’t take a genius to work out that ebooks are in a worse shape due to our continued support of DRM and the DRM constructs that are in play today and the fact that unlike music, videos and games most of us only read a book once.

Great post & the very same topic I've discussed with so many people. No one really reads T's & C's anymore. According to younger family members they are 100% convinced that they 'own' everything they have purchased & downloaded!

BTW, no one wants my fathers 78's either.