Nook, Nook Who's There? 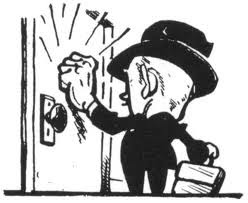 Both the Harris Interactive report on ‘Screenlife’ (July 2012) and OFCOM ‘Communications Report’ (July 2012) noted that the 35 to 55 group has already become switched on to mobile technology and the rise of digital ebook readers, smartphones and tablets. Smartphone penetration is now up to 39% with 80% of all UK households having internet access and tablet ownership increasing over the last twelve months from 2% to 11%, with 17% expressing the intent to purchase in next twelve months. Some 16% of the tablet ownership is within the 45 – 54 year old market and some 19% are A and B social grouping.

Today Barnes and Noble announced their initial retail partners in the UK and the question is whether this will make any difference.

John Lewis is their ‘premier retail’ partner but they already sell Kobo, Kindle and were one of the first to sell Sony readers. The question is why they are seen as the premier retailer? They literally will sell the tin and the Nook will line up in a ‘beauty contest’ with the rest. Unless hard money is spent on brand building, one fears they may not even pass the ‘so what?’ test and the winner here maybe not down to who has the best bikini but who is known and is a trusted investment.

Argos is pitched at being well placed with 700 store to ‘touch the UK population’, but again is already selling Kindles and Sony readers and a host of other devices. It is questionable whether their demographic matches John Lewis and ebook reading and therefore Barnes and Noble may have challenges in building the brand awareness they clearly don’t have today in the UK.

Blackwell’s also sell Sony readers so have the same ACS4 DRM allowing the ebooks should play also on the Nook . However, Blackwell’s 18 months ago gave poor customer service and offered no in store experience, so it will be interesting how staff are to be trained and rise to the challenge. The other question is why they couldn’t do it for Sony who had a stronger brand awareness in the UK than Barnes and Noble have today.

Foyles already have a relationship with TXTR, so are they to ditch that to sell the Nook and Barnes and Noble inventory?

By entering the UK market when the device battles have been largely fought and the competition is installed, are Barnes and Noble going to make a difference? At best they may equal their US second place, but unless serious money is put on the table to promote their brand, build a credible in store experience and convince the public they are a real player in the UK, it is questionable whether they will achieve that.

It isn’t about devices any more, its about platforms. Its about branding and experience and with Amazon its about loyalty, price and service. Amazon has a UK base understands the UK market and can position its offer and content accordingly. This is the first time Barnes and Noble have attempted to come past the Eastern seaboard. Will they tailor their offer to the UK or merely rebadged it with a UK sticker?