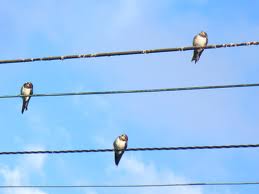 The recent news that Espresso Book Machine suppliers, On Demand Books, were to partner with Eastman Kodak and ReaderLink Distribution Services to distribute book production to potentially 105,000 locations was greeted by many smaller presses and self publishing houses with great enthusiasm.  Kodak is reportedly working with On Demand to integrate the Espresso Book Machine with the widely available KODAK Picture Kiosk and potentially provide 7 million titles on the long awaited ‘distribute and print’. ReaderLink open this opportunity further to include some 24,000 retail outlets (drugstores, groceries, etc).

However, since it conception the On Demand model has failed to take off at the direct to consumer end. POD (Print on Demand) has made it mark on the traditional production cycle, helping some to reduce risk with smaller and more frequent print runs and to keep titles effectively in print and negate rights being reverted.  Smaller presses and self publishing ventures have clearly benefited but at has been at a higher unit cost, environmental impact and mainly restricted to monochrome. In essence the market remains one of 'print and distribute' and not 'distribute and print.' The POD market is now dominated by the likes of Ingram and not On Demand who have failed to sell but a small number of machines and make any real market penetration.

Since the Espresso first appeared the digital market has exploded and the impact of this must reduce the opportunity both in terms of genre and consumer appeal. It also assumes consumers will want to go to Kodak locations and not bookstores, which may be achievable but at what cost to the already ailing bookstore.

We don’t know the economic model, pricing and what the turnaround and service offer will be today. but these will greatly determine its appeal and success. The trick will still be to get the machines into bookstores, libraries, schools etc and apart from content what do On Demand offer that others could not do more effectively?

We can’t help thinking this is somewhat of a marriage of convenience between two potential digital 'losers' and just having Picture kiosks in many locations is nothing if it’s the wrong location, wrong price, wrong service offer and its an inferior offer.