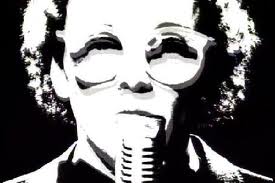 We were recently introduced to music such as Devo’s ‘Whip it’, The Who’s 1970 live Isle of Wight appearance, Aretha Franklin’s ‘Precious lord’ and we also regularly get alerts via Facebook to watch videos of musicians, some famous and some less famous, and songs we have often not heard before. They are all streamed via Facebook and we have also used Facebook to share videos of artists with our friends.

Today we learn that we are not alone in enjoying this multi media musical experience and a new survey by Nielson now claims that teenagers today prefer to watch their music. YouTube has surpassed radio and CDs to become the most popular way young Americans listen to music. Some 60% of the 3,000 polled now use YouTube to listen to music.

Who would have thought in the early days of MTV that video would become the preferred way to listen to music and why isn't MTV at the centre of the market today?

YouTube’s vast library of music clips contains some licenced videos and some uploaded by users and  is making it a FREE and effective source of music. But the numbers in the survey also show that its not all one way traffic and that consumers now use many ways to get to what they want to hear. Radio, iTunes, physical CDs all still command attention whilst only 17% said they use file-sharing software and some 72% had purchased music in the last year. The message is clearly that music is available from many sources and many are free but they still will buy music.

Perhaps the obsession some in the music business have over filesharing needs to be given a reality check. Perhaps the change in business models and licencing has more to do with artists lower revenues than piracy?

Although Google has many music licensing deals there remains disputes with others over rights and in Germany one group has demanded that YouTube to pay at some €0.006 per video stream. The challenge is somewhat like bolting the stable door after the horse has bolted and like many cultural shifts, revisiting licensing arrangements doesn’t always work out retrospectively.

Its interesting that the likes of Facebook and YouTube can effectively share the same users and content via their two separate services that both individually can earn on the associate advertising revenues that the music industry just missed seeing. Youtube may hold the video and render it, but increasingly they do so via other social platforms and on a global basis.
Posted by Martyn Daniels at Thursday, August 16, 2012