Everyone Wants To Join The Digital Rights Pieces 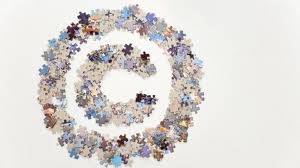 The one thing that is certain is that the current way in which we manage copyright is going to have to change. Will it this be for the better or worse is hard to say as many vested interests lobby and covert those who they think will make the difference and the levels of media noise in some quarters grows and some may say may be more about the money than the amicable resolution of the issues. Copyright is getting more complex in the global, online digital world and all parties are finding it difficult to find solutions to the issues that meet with everyone’s approval. In fact who decides what and has the power to make change is a challenge in itself.
It seems an internet age since Google started its audacious bid to ‘land grab’ orphan works and although the story is still ongoing the focus has been somewhat realigned yet again. One would have thought the exercise would have sharpened the industry focus into some of what was needed , but maybe the same interests that threatened to rip it apart under the GBS (Google Book Settlement) have merely moved on to a different perspective.

Five recent and separate stories show that we may be all wanting change but in joining the dots we may all see a different picture.

First, there is the current petition to restore US copyright to 28 years. This petition to the White House may appear doomed to fail, but is not without wider support for a reduction in the current copyright period. The US acting unilaterally on such a move would be illogical given the global market and this would itself have impact on others outside the US just as much the GBS would have done. We treat the petition as noise but indicative of the calls for change.

Second, we recently spoke on the same platform as the British Library and listened with great interest as they described their new digital legal deposit process which comes into practice early next year. Several offline questions later we could envisage many cracks which appear to have been papered over and there appeared to be some fundamental oversights or business processes one would have expected to have been sorted by now. However,  when asked why not use it to create a digital copyright repository for UK works, it was clear that this was out of scope, out of cash and out of imagination. We thought what an opportunity lost. There also appeared to be assumptions voiced on the adoption of the standard works identifier which are far from reality.

Third is the recent Hargreaves report in the UK which covers a wide remit, recommends much but some may suggest appears to be playing more to the lobbyist that the needs of the market. We certainly applaud the digital exchange registry, but question whether this should be before or after the establishment of a rights registry framework and if the purpose is to exchange and sell rights, does it really address establishing rights ownership? Permission, moral and secondary rights are as important in the digital world where the work may be fragmented into many rights elements merely held together under one work.

This interesting piece was covered by our friend and rights guru, Laurence Kaye, who commented on orphan works,  ‘The committee recommended an evaluation of a potential orphan works registry should include consideration of the need for author's rights of identification to persist over and against any waiver that has previously been made contractually. The report suggested that this might take the form of a presumed right of identification on the registry (notwithstanding any previous waiver) unless other factors apply such as the scope of the waiver itself.’

Forth we have the nationalisation or mass digitisation of orphan works which has been recently been made statute in France and enables the National Library to digitise such works within their collection which can then me made available for free access and potentially commercial use. Some would suggest that the French government has a tendency, as with their recent VAT on ebooks, to move first and maybe think of others later. We see more governments following their own nationalisation programmes, driven again by libraries who may have their own vested self interest in mind.

Fifth is a recent article by the highly respected legal and copyright academic, Pamela Samuelson. In this wide raging article she describes the significant momentum in the US to change copyright and the growing influence and potential of the Digital Public Library of America (DPLA).  The article supports the move toward mass digitisation of orphans, stating that the DPLA aims to be a ‘portal through which the public can access vast stores of knowledge online, free, forever.’ Samuelson also intimates that the ‘fair use’ facility may allow the University libraries to proceed without government backing and that the current Google snippets and other cases involving the University of Michigan, and HathiTrust, may be ‘opening the door for them.’

Samuelson also want to see Copyright ‘ shorter in duration, more balanced, more comprehensible, and normatively closer to what members of the public think that it means or should mean.’ This says much, but again is open to interpretation, especially the ‘what member of the public think’ , or ‘silent majority’ claim implied.

So are we moving forward with common goals and direction? It would appear that the issue is becoming localised with strong lobbying from the vested parties. It may be interesting to reflect that the different sectors that were once joined together by a common format – the book, are different in their relationship to material, its creators and usage and maybe creating a silver bullet for all is not a wise move. Should the growing calls for open access to scholarly and scientific work dictate how all work is copyrighted, its term time and how its accessed? Should the need top determine the role of public libraries in the digital world impact all sectors? Should new and orphans be treated the same? As we increasingly create new forms of works which will include other media and maybe in a different type of short form, should these all be subject to the same rules and expression of rights?

Joining up the pieces is one thing seeing the same picture may be another.