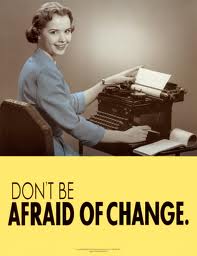 We often assume the future is a linear path and change is never going to be that disruptive and even if it is we have time to adapt. There have been many ‘black swan’ changes introduced by a completely new entrant, the shift to a new model, new technology and even a widespread change in consumer attitude and culture. What drives what may be clear in some cases and in others it appears to just happen.

Last night I spent time with an ex senior executive of Kodak and found it fascinating to hear how they failed to read the signs and even attempt to adapt. They basically didn’t believe that the film processing model would change. They had many smart innovators and even introduced much of the digital technology, they certainly had a swath of patents, they experimented with social web libraries. Unfortunately, the core business thought that change would be slower than it was and they just didn’t have the change culture and couldn’t adapt fast enough. Some five years ago they were even investing and developing a huge processing plant in China and my friend was out there helping establish it. Would they have been wiser spending that money in setting up an Instagram photo sharing  service?

Today we can see many industrial giants who are stumbling. We assume that they will always be there but they often will not. Some may be relatively new such as RIM Blackberry, others older and more diverse such as Sony and others such as the Royal Mail just hanging in there. Rarely does disruptive change right itself without a reactive action and even sometimes the reaction taken can itself can bring down the house of cards.

The question within the publishing trade is not so much about the digital change that is now sweeping through the market,  but on who the winners and survivours  will be. In some cases that is about companies , in others it is about removing, or significantly changing, established links in the value chain.

We have seen a significant consolidation in the distribution and consumer facing digital market space with new entrants dominating over traditional players. Will this and the inevitable shrinking of the traditional channel lead to large casualties or will they merely all shrink in a uniform manner? Some would suggest casualties are inevitable as survivours via for economies of scale and scope and the further investment that is required just to remain in the race.

We are seeing everybody trying to take on other roles as an extension of their own. Authors are increasingly looking to become self sufficient and that movement itself may not mean that everyone has to self publish, but it does lead to a questioning of  that the relationship authors have with others. Do authors still need the same agent relationship when the prize may be not so much in securing the best advance and publishing deal as much as establishing and managing the brand. After all musicians now need a different style of management than they did say 30 years ago.

We see printers having to offer more service than a bound book. Some would suggest  that  they should have been the people who grabbed the digital conversion and composition business by the throat, but like Kodak they all too often thought that there would always be the same demand for their traditional services. They al too often saw themselves in the production and not the content business.

Booksellers are wakening up to the reality that it says ‘books’ over the door and not ‘new books only’ and this means a change to what they buy, where they by , how they merchandise their consumer offer and relationship. Sale or return may become a weight around the necks of those who cling to it instead of adapting.

Finally, we have the role or roles of the publisher which will differ by sector but will change. We have seen the move from an editorial to a sales driven business, from mass marketing towards direct marketing and much more. The challenge here maybe, in how we introduce uniform practice and processes and tighter control to gain greater cost efficiency, whilst continuing to harness  that creativity and individual focus that adds real value.

Richard Charkin recently said that publishers need to work and think as start-ups. This may be a hairy prospect for some and will not suit all. What is certain is that everyone needs to get the basics right, constantly understand what is happening, not just around them, but across the total market space and be prepared to experiment and react swiftly to change.

The only thing that is certain is that there is no groundhog day and tomorrow will be different from today.
Posted by Martyn Daniels at Sunday, July 01, 2012