97% Discount on ebooks is not Marketing but Madness 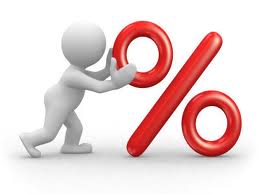 If we look at the bestseller lists from Amazon Kindle we may be somewhat confused and wonder if ebooks are going to be free in the future and if so wonder how authors, publishers and everyone is going to make any money from them? Its as if the children are running the chocolate factory.

Let’s step back and remember what publishers argued was their logic for bringing in their own price maintenance called ‘agency’. At the time Amazon was selling ebooks at $9.99 and that was said to be both a loss leader and unsustainable model. There was the famous Mexican stand off between Macmillan and Amazon and normal service was resumed under the cloak of agency.

Let’s now read the letters submitted to the DOJ, pro and against the agency. They are all about sustainable business, author royalties the market dominance of Amazon etc.

Let’s now look at the best seller Kindle lists on Amazon. If we ignore the free column which in itself raises many questions, but in the main is self published, we are left with the ‘paid for’ column which has prices set originally buy publishers. You would expect to see some lost leaders, new authors, new titles but would you expect to see Ken Follett, Peter James, Ricky Gervais, under these lists and selling books at under a £1 and in some cases for just 20p? Nine out of the top twenty best selling Kindle ebooks are a £1 or under and of these , six which are all in the top 13 are a mere 20p. These  include four Macmillan authors. Peter James’s ‘Perfect People’ was listed at £7.99 in print, £7.16 in digital and is now offered at 20p, or as Amazon have calculated it, 97% discount! A price which includes VAT.

We are not aware who is driving this new wave of ebook summer pricing madness but whoever it is needs to be given a stiff course of social economics.

97% discount is just not worth getting out of bed for and is as good as giving the book away. Those marketers who will be writing their response before reading the rest of this piece will no doubt be using the words promotional, visibility, discoverability, attention grabbing and many more superlatives to justify their insanity.

The truth is that if we all did the same the industry would be finished. There is no coming back from zero and once the consumer is conditioned to paying zero then asking them to pay more is a challenge. Publishers are the first to point out the cost of producing digital material and the overheads that have to be born so how will they do this with zero coming in? Authors may earn out and be happy with print royalties today but as the net sales of digital zero start to come home,will they be so happy. Some will point out the joke that these ‘give aways’ come with DRM just to protect the property in case someone steals it. Hello – how many robbers do you think steal worthless property?

Publishing has always been a 80/20 game with a minority of titles making the majority of money and sales but with these charts there is a worrying change and although the 20% may still generate the volume they may not make the money.

Scarcity raises prices, but on a virtual shelf the only scarcity is in discovery, there are no rare ebooks but just ebooks you can’t find.

So we wanted to look at other platforms to find out if the madness was confined to Amazon.

Groupon and other discount voucher stores have grown a healthy business in spot discounting goods and services over the internet but even they can’t give you 97% off.
Posted by Martyn Daniels at Friday, July 13, 2012

I think this sort of discounting is incredibly destructive and I'm not even clear on Amazon's logic for acting in this way. Yes they gather ever more market share but at the cost of ever thinner margins. Moreover books themselves are devalued and, as you point out, that has long term consequences. Even if Amazon's aim was to eventually raise prices once it had some sort of monopoly position that would be very hard to do once consumer expectation was that books should be free.

The idea that these prices are good for consumers is fallacious. We are all consumers but we are also all producers of something. In that role we require and expect reasonable remuneration in order to perform our role as consumers. The concept of a 'fair price', a price at which the consumer is getting genuine value and the producer is appropriate reward is something we have lost from our society, as can be seen both at the top, where huge rewards bear no relation to performance and at the bottom, where pay is falling in real terms while expectations of performance continue to rise.

You are right and publishers need to keep the strategy right on the onset else they will suffer.

I remember the time (few years back) when printers started printing the books at 80% paper cost and 20 % production cost. They did it to fill their machines which might be costing them a fortune every month in their pretty looking installment plan. What they forgot is - until when they can continue this? Can they survive with this configuration?

The end result is that they are struggling to keep up to the prices however there is always one idiot in the market who is willing to pay from his pocket to book their machine.

I can see the similar trend coming in eBook retail. All these big names today may have budgets and money to afford 'not making money' strategy. But what they are forgetting is what will happen when the users/readers get used to of buying books at 20p. Who will buy their new titles (from a high priced author) at USD 9 or USD 15? People will then have a choice to skip the read for that time and wait until the prices drop down.

My advise to these publishers is don't make consumers so much used to of 20p books that they stop looking beyond USD 1. The entire publishing entire will suffer......

Actually, Groupon is suffering as the "trend" passes away. Many retailers actually lose money, per your point, on these deep discounts. Consumers show up once to purchase the discounted item or service, but don't stick around for the full price later...

So yes, free or close to free has it's issues. Then again, charging the same price for an ebook as a physical book is absolutely wrong, IMHO. It is known that the costs to produce the item are not nearly the same. In all other areas (think music, video, etc.), technology drives costs and subsequently, prices down. That makes a lot of sense. I think those who are clamoring for lower prices on ebooks recognize that a large part of the reading market (myself included) had abandoned reading paper books, but are now back to reading again due to the convenience and affordability of ebooks.

So how about some sense and moderation?

I've noticed the 0.20p books. Puzzling. It must be an option only open to 'official' publishers as self published Amazon authors cannot reduce their book price that much. With the exception of the 5 day free giveaway allowed to KDP authors every 3 months.
It seems a really strange idea. The books may be at the top of the Amazon charts, which is good publicity, BUT this also means that more or less everyone interested in buying them will already have done so. For 20p. No money made!