Music is Heading South by Southwest 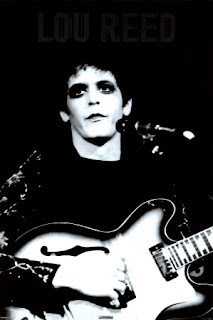 The music business is a weird world and the question of who makes the money going forward has long featured in this blog. As George Martin put it way back in the 60’s referring to a Beatle album, ‘ the album is the menu the concert is the meal.’
The highly successful South by Southwest US music festival has once again raised the questions of what make success and how musicians get paid. The veteran Lou Reed was also blunt about musicians getting a label contract. “You have the Internet — what do you need it for?”

Many big stars now want to control their own world and money. Radiohead, the Eagles, Nine Inch Nails, McCartney, Joni Mitchell are deserting those companies, choosing to be free agents and new models. They are being joined by the likes of Madonna who recently bought herself out of her deal. Even moderately well-known musicians such as Daniel Lanois, noted during his set that he now sells his music directly online. “We can record something at night, put it on the site for breakfast and have the money in the PayPal account by 5.”

Reed also rasied the interesting issue of sound quality, ‘you hear they've got a newer version (of MP3) that sounds better, and you suddenly hear the other instruments that are on the song. They've got to bring up the standard. You have the world open to you now; you can get almost any song in the world as an MP3, and I suppose if you like it you can go out and try to find a version you can actually listen to -- if you like good sound. If you don't like good sound, none of this matters for a second.’

So its not just a case of DRM free it could also be one of quality of sound. Does music dumb down like YouTube videos and leave space for those who want the full quality experience to pay or does it match quality with free DRM quality? This is an interest issue for all media and brings home the point that although anyone can create the quality may matter to many. The book industry has its ever growing slush pile, self publishing services and social network offers but quality is always sought by the majority.

Finally, the Internet looks to have brought musicians some unlikely corporate allies with this year’s festival having brand-name sponsors such as Citigroup and Dell.
Posted by Martyn Daniels at Monday, March 17, 2008