Google Take Two Steps Forward and One Step Back 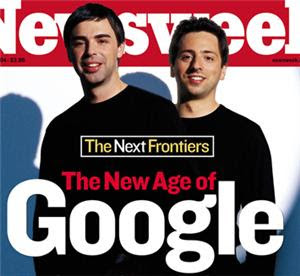 Google like all major brands spreads its services at an alarming rate.
Today we hear about ‘Google 411’ a free business telephone directory enquiry service in the US. Google 411 uses voice-recognition software, completely eliminating the need for human operators.

Users access the service by calling 1-800-GOOG-411 (1-800-466-4411), and stating the desired state and city, or zip code. The system then asks the user to state the business being sought, and offers a list of results which can be dialed automatically. Users can also have results sent via SMS, or displayed as a point on Google maps on smartphones.

With respect to its ever controversial Google Book Search it appears that they have retreated from plans to include magazines with an ISSN number within the service. Technical difficulties with digitizing magazines due to poor paper quality, a lack of existing archives were cited and that book information was of a higher value to searchers were cited as the main reasons.

It shared to understand some of the logic as magazines are increasingly digitized and serials certainly have been for some time. The question of archive also appears a bit woolly given the efforts of many the digitize their archives. Perhaps the real clues lie in the fragmented nature of the content but again that’s the Internet also. Its hard to see the logic or perhaps it’s down to control, re-usage and revenue opportunities. You may believe that but we couldn’t possibly comment.

However, as one door closes another opens. Google now plan to dominate advertising on the television as well as on the Internet. It has announced a partnership with the Nielsen Company, the authority in measuring television audiences that aims to give advertisers more accurate figures of how many people are viewing commercials on a second-by-second basis and who those people are.

At a time when digital broadcasting is changing and many are viewing ‘offline’ and even bypassing the ads, advertisers are hungry for any data they can get about who is watching, who is bypassing them and where to invest.

Google has been selling ads on EchoStarCommunication’s 125 national satellite channel netwoprk. Google analyzes the data from set-top boxes to determine exactly which ads were watched or skipped, with a second-by-second breakdown. With Nielsen’s help, Google will be able to overlay sampling-based ratings and add a rich demographic layer to EchoStar’s information.

Google TV Ads and Google AdWords both give advertisers the ability to buy, sell and deliver advertisements across media and to evaluate the reach of each ad adding the demographic information from Nielson can then tell them who is watching it.
Posted by Martyn Daniels at Sunday, October 28, 2007