First the iPhone now the gPhone 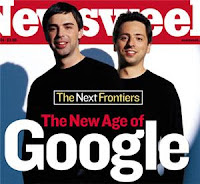 As mobile phones become more sophisticated and mobile network speeds faster and Wi-Fi more pervasive it is clear that the computer connection device is the mobile. Over 20% of UK mobile subscribers are expected to have access to the mobile internet at broadband speeds by the end of this year. This opens up new wars which are not so much about carriers but about content.

Rumours are now spreading that Google is aiming to enter the race and launch a “Google phone” especially tailored to its services and aptly nicknamed the “Gphone” which will ensure its own products such as its search engine, e-mail and Google Maps are showcased. Importantly the failure of 3G services on mobile phones and a lack of “web friendly” handsets has held back the market for mobile advertising.

A Google-branded phone could go head-to-head with Apple’s iPhone, which is set to be launched in the UK before Christmas. It is easy to see Yahoo, Microsoft, eBay all wanting a bigger slice or to protect their slice of this market. Google has already brokered deals with mobile phone companies, including Vodafone, the British operator and its search engine also comes preloaded on handsets made by Samsung and LG. But partnering may not be enough and may not give Google the control it desires. We must also be aware that Google may not wish to have their applications running under Microsoft’s mobile operating system or Apple’s iPhone.

Mad4Mobiles claims to have uncovered a Google patent for a mobile application that filters and adapts your searches based on where you are, what time of day it is, and what you’ve previously search for. For example it found you a restruant in the early evening and when you turned your phone on again an hour later at 10pm, Google would know you wanted bars near the restaurant. At 11pm Google again predicts you need a list of local taxi firms. Too much information and scary but its just a case of joining the dots.
Posted by Martyn Daniels at Sunday, August 05, 2007