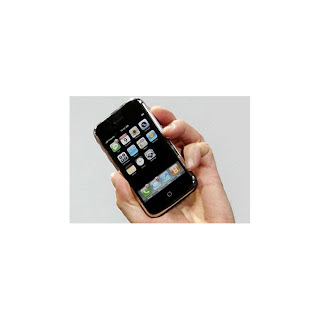 This week has seen the long-awaited announcement of the Apple iPhone. Is it different to the wide array of devises available today? Will it change consumer behavior as its bother iPod did before it? Will it remain to be called iPhoone, which appears to be a trademark owned by Cisco systems?

Does it do anything more than other phones? It certainly allows users to listen to music, send text messages and emails, surf the web, has a 2-megapixel digital camera , a slot for headphones and a SIM card, enables users to upload photos, synchs e-mail content, Web bookmarks and nearly any type of digital content stored on your computer and also makes and receives calls. Not a lot different to many leading phones on the market today.

The iPhone however is a design breakthrough. Apple has once again defined style and in doing so, just as they did with the PC and the iPod before it, started to define usability and set trends. As a result, it is hard to envisage it failing to appeal to tag-hag fashion followers. The iPhone uses a patented touch-screen technology that Apple is calling ''multitouch”, is as one would expect different in its appearance, is instantly tactical and importantly automatically switches from mobile network to wi-fi if it detects a signal.

Unfortunately UK and Asia users will have to wait until later this year, The device will start shipping in the US in June 2007, with a 4GB model priced at $499 and an 8GB model priced at $599. Again not cheap but fashion icons aren’t.

I am currently looking to change phones. I can't wait nor wish to. What is driving my need is Skype and the ability to be able to expoit VOIP (voice over interent technology). I spent significant hours in networked meetings and conference calls with India, America, Australia as well as the UK. These are predominantly done through Skype for free, but tie me to my laptop. Today I want to do it from anywhere and be conactable via Skype anywhere. Three’s 'X services' fit my needs and clearly show the powered of layered technology. In 18 months the world will have moved on and i can change again.

If I wish I can also watch TV programmes on my mobile from a live signal sent from a sling box on my home TV. I do admit the screen is a bit small and the ball can get lost! However it is predicted that the next thing is miniature projectors which will enable the screen to be projected onto a backdrop. Apple also introduced Apple TV, a set-top box enabling users to send files from their computers to their televisions. Apple TV has an internal hard drive with 40 gigabytes of storage as well as a wireless connection and remote control. Consumers will be able to use the box to buy music, movies and TV shows from iTunes and transfer digital video files, photos and music to their televisions.

The mind boggles at the technolgy and convergence. It is hard to see how some players will adapt and continue to enjoy their current market share. Microsoft is trying hard to plat catch up on so many fronts but as their new 'Zunes' missed the phone, it potentially has missed the boat again. It is hard to see how Blackberry will break out of their corporate place and if they do they are certainly looking 'old and tired'.

Convergence is the name of the game as involves convergence of; technology, networks, utility and media. Expect the iReader all the above plus ibook!
Posted by Martyn Daniels at Thursday, January 11, 2007