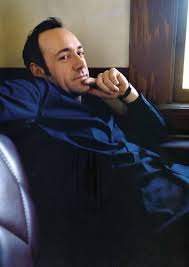 When someone of the status of Kevin Spacey does a keynote speak at the Edinburgh International Television Festival about media and content we have to listen. The speech centred on the lessons he had learned from his successful remake of the ‘House of Cards’ series.

His first point was that in making the series they refused to be drawn into the US TV pilot route forced on the market by the networks. He cites that some 113 pilots were made last year of which only 35 made it to full adoption and that of these only 13 were renewed. This year there are some 146 pilots and 35 take ups. The process is costing the industry some $300 to $400 million a year.

Spacey, who was also executive producer on the show which was nominated for no less than nine Emmy Award, said that "labels" were becoming meaningless and they risked being "left behind". Netflix bought into their production, believed their figures and backed it without a pilot and success followed.

Spacey claims that in releasing ‘House of Cards’ into multiple channels they dispelled the argument that multiple channel release would not work and that in providing the customer with choice they in fact bucked the lure of the pirate copy and gave the customer what they wanted – choice. He says that film companies should now follow the example and not cower to the cinema company’s pressure.

‘Give people what they want, when they want it, in the form they want it in, at a reasonable price and they’ll more likely pay for it rather than steal it.’ Spacey also says about why the ‘Game of Thrones’ is the most pirated show in the history of TV, is, ‘because people can’t get it fast enough.’

He said: 'If you watch a TV show on your iPad is it no longer a TV show? The device and length are irrelevant ... For kids growing up now there's no difference watching ‘Avatar’ on an iPad or watching YouTube on a TV and watching ‘Game of Thrones’ on their computer. It's all content. It's all story."

If we look at the book trade we hear many calling for staggered releases to be extended to cover digital, whilst others want digital first and some just want simultaneous multi form release. What Spacey argues is both logical and in giving customers choice and also lowers the attraction to share or buy pirate copies. Those who would cite the hardback to paperback, or the international staggered release as best practice, should note that we are now in the 21st century and that 20th century and that old models don’t always work in our global and networked world.

To see an abridged video of Spacey’s speech click here


To read the Telegraph article on the speech click here
Posted by Martyn Daniels at Saturday, August 24, 2013