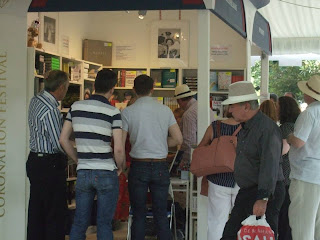 Merely handing over the business to the digitally enlightened is not the answer, just as pretending digital will not happen was not the answer. We spend far too much time trying to disintermediate and disrupt and maybe not enough realising time that the present can have a place in the future. 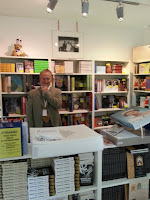 Having spent a week last month, preparing and manning the Bibliophile stand at the Queen’s Coronation Festival at Buckingham Palace, I was encouraged by the power of the physical book. There are only two booksellers with a perstigious Royal Warrant and being the only one selected to be on show in the expansive palace gardens, was a great honour for my wife’s 30 year old business Bibliophile. 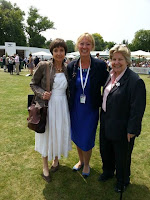 The demographic that flooded in over the four days was perfect, forty plus, AB and heavy readers. Many of the 60,000 attendees were drawn to the Bibliophile stand by their love of books, the draw offer for the Taschen wonderful ‘Majesty’ tome, the author signings from Sandi Toksvig and Max Arthur and of course the bargain prices! 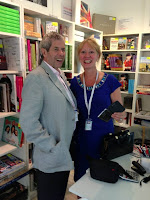 Many stated that they had Kindles and Tablets, but that although they may read fiction on them, they still preferred physical books. It’s hard to envisage digital ebooks, as we know them today, replacing many of the works we had on offer. From high end art and architecture to history, war and military and children’s pop up books, the physical book still remains today. It is also hard to see how digital can replace the joy that so many had in meeting Sandi and Max and the reciprocal joy they had in engaging with their fans.

There was Freddie, who as a 9 year old, engaged instantly with the DC Comics and Beano tomes on offer. During the concert break he even came back with his parents to talk to our comic and film expert, Steve, on the Green Lantern and other heroes.

There was Marion who was not content with raiding the shelves once and came back for seconds. She said that it was easy to spent hundreds of pounds on books at 50% off and with free delivery. When she came back again for a third time, she had to admit she was a book addict and long may we continue to feed that lovely and rewarding habit.

Learning that physical and digital can complement each other and that the often neglected short form can be rejuvenated in the digital age, is what books are about. We have to rebalance the market, the organisations and relationships with it, the focus of certain genres, the way we do business but in doing so we must listen and move with the marketplace itself.
Posted by Martyn Daniels at Tuesday, August 06, 2013