Irex The First of Many eReader Casualties? 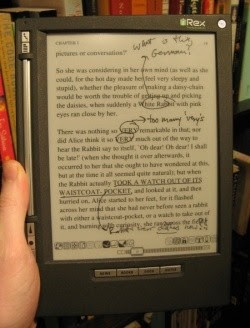 IREX Technologies BV developed the first eInk way back in 2004 and spun itself from Royal Philips Electronics a year later. It has championed eInk ereaders and ebooks but over the last three years has been overshadowed and out manoeuvred by all the new ‘lookie likies’. The biggest issue was that they made even eInk look dull and their pricing was always at the top end of the market. We now read of their demise into administration in the Netherlands. It never ceases to amaze us what the folk at Philips invent and fail to deliver themselves.

We predicted that there would be eInk casualties as the market was saturated, with too many identical or near identical readers and supply clearly greater than the demand. The price was clearly too high and when colour arrived it wasn’t eInk but Apple that supplied the obvious.

Meanwhile Seth Godin predicts a “paperback” e-reader, a cheap Kindle which would could make e-books affordable for all. Godin suggest $50 is the right price, or as any retailer will tell you $49,99. At that price we would agree Amazon would be on a winner and if the can subsidise it correctly provide a price point that many of its competitors could not live with. We even may buy one! It is a position we believe that eInk readers have to adopt to survive. Unfortunately many are just manufacturers and only supply the reader, they don’t get ebook sales revenues, are not locked as value added suppliers into sectors such as education. So once the device is sold that’s it no more money!

Perhaps this cheap Kindle reader is the position Amazon aims to adopt to fight Apple. It certainly makes more sense than trying to compete with eInk colour in a battle that will not be won on poor substitute technology.

As for iRex and the iliad readers they will not be alone for long.
Posted by Martyn Daniels at Thursday, June 10, 2010