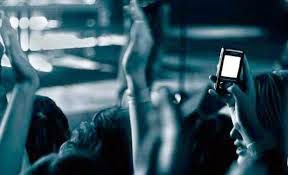 Digital Music News have taken RIAA data and produced an interesting animated graphic of the changes in music purchases over the last 30 years. We strongly recommend that you view this as it shows how transient some technologies are and how it’s not just the technology that changes but how people buy and relate to media.

It would be great to be able to step forward and predict what will happen in the next twenty years but many of us would be struggling to see further than the next five years.

What is interesting is that the base content hasn’t radically changed, a song is a song and a recording is a recording and music made decades ago now lives comfortable alongside that made yesterday. In some cases the technology actually impeded the quality of the recording and forced the extremes to be toned down to fit.
The other interesting thing is that emerging music format technologies cannibalised their predecessors.

Cassettes replaced vinyl, CD replaced cassettes, downloads replaced CDs and now streaming is replacing even downloads. We are moving to music on demand which is either paid for through other means, or is on subscription. This changes the question of ownership, collections, sharing and of course the reward earned by musicians, writers and producers. It also can change how we protect or identify usage rights and copyright ownership and some would suggest that the new technologies are more secure than all the belts and whistles of the early music DRM days.

If we produced a similar graphic for books, newsprint, film, tv they all would be different and we need to understand why and what similarities there are. Film and TV are probably the closest to music in the technology step changes, but differ in many other upstream ways. Interestingly the original formats of books and to a degree newsprint aren’t going away and it is easy to see books as the most resistant to technology.

However, all bar newsprint, show very similar patterns to the consumer trend from ‘buying to own’ to ‘subscribing to access’. Yes, the sectors are often moving at different speeds and even different directions but the trend is clear. DRM as we know it today is transient and past its sell by date and will become increasingly irrelevant in a streamed world where it happens albeit less obtrusively.

Therefore some would suggest that the challenge for book publishing is not the latest tablet, ereader, smartphone, app, enhanced ebook, but how we accommodate subscribing to access alongside the traditional buy to own, enabling both to flourish and appeal and importantly reward creators.