Blame it All On Amazon 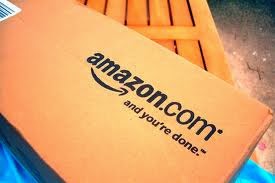 The papers are full of anti-Amazon rhetoric which some may suggest is being whipped up into a feeding frenzy within the publishing marketplace. Amazon is being portrayed as the biggest bully ever to have stepped into the publishing arena. But is this the case or is it another attempt by the publishing majors to wrestle back some of the control they happily gave the Seattle company, or a genuine grievance? How do consumers feel about the latest public spat, do they really care and how do they actually perceive Amazon? Do authors side with the retailer who has more than any single entity extended their market, or do they side with the publishing majors and those A list authors  who may be suffering in this conflict?

The issues facing the ebook publishing marketplace are wide ranging and often interrelated, but often these only get raised and discuss as individual issues. Some would suggest that the book supply chain is adversarial by nature and can often be seen not as a supply chain, but as a ‘blame chain’. Yesterday it was the book chains and their greed to secure additional discounts, today it is Amazon’s same battle at a time when some major publishing houses are declaring profit rises due to digital sales and growth. It’s somewhat ironic to wind to the clock back just a few years to when publishers were claiming the true costs of digital were far greater than many envisaged and they were losing out and couldn't pay authors more.

The digital market has shifted significantly and mainly thanks to Amazon and its continual exploration of the marketplace. They have given us and invested in Marketplace, Creative Space, KDP, Audible, ABE, Goodreads, Singles, Kidsspace and much more. They have raised the bar re author royalties and whilst many publishers have started to raise the digital royalties, they all too often pale into insignificance compared to those offered by Amazon and followed by their competitors. Publishers claim that they can make the difference and ‘make a book happen’, but although this may be true in the physical market the digital one is effectively owned by Amazon. Interestingly Amazon have also opened up the digital honesty box through KDP and in doing so have given authors transparency on daily sales by title and region and paid them monthly, again with total transparency.

If we step back and look at some of the digital issues some would suggest that we often have little appetite to change and more easily accept the status quo, often letting others take the risk and waiting to see if they fail or succeed. We have lurched from knee jerk to knee jerk with the likes of the ill-conceived Google book Settlement and Agency moves. Some would suggest that these were primarily aimed at bringing in Google and Apple to compete with Amazon but on their terms.

Today we have a marketplace that is still fixated with front list in a digital world of virtual shelves that provide equal space to all content, irrespective of its age. We have no, or few price points that are recognised by consumers and this just promotes discounting across titles that should not be discounted. We have continue to pour the physical into the digital container and believe the job is done and in doing so undermine the physical product and marketplace. We have generally failed to create new digital content that encourages reading and compliments the physical book as Charles Dickens and others did in the early age of mass reading and have choosen instead to stick with the 256 page model fits all?

There are only two entities that truly matter in the value chain; the author who puts in the creative content and the consumer who puts in the cash. All the others have to add value and not just cost but also have to often co-exist to maximise the efficiency across the chain.
Posted by Martyn Daniels at Friday, June 06, 2014

Quote: " They [Amazon] have raised the bar re author royalties and whilst many publishers have started to raise the digital royalties, they all too often pale into insignificance compared to those offered by Amazon and followed by their competitors."

You're joking aren't you? Either that or you've not looked at ebook retailer contracts. I recently did a comparison among the major ebook retailers. At every price level, Amazon paid the least, often substantially so.

The pattern was clear. Apple with its flat 70% at all price levels and no download fees was the most generous among the major retailers. The others (i.e. B&N) were better, but primarily because they aimed at beating Amazon by just a little bit.

Those who gush over Amazon are making a basic mistake. They're confusing a retailer who does literally nothing to promote their ebook, burying it among millions of others, with a publisher whose is likely to have edited and proofed their ebook and has at least some intent to promote it.

Don't get me wrong. I think publishers are, at this very moment, making far more than they deserve by paying ebook royalties that are too low. But I also think that many authors are being fools when they think that Amazon is their friend in this dispute.

On the contrary, Amazon has seen those lush ebook profits and it rushing to grab them for itself. That's the essence of this Amazon v. Hachette dispute. If Amazon wins, authors will lose what chance they have to raise their royalties.

And if Amazon can whip the major publishers, independent authors don't stand a chance. They'll see their ebook royalties drop like Amazon affiliate Audible's royalties recently dropped. Currently Amazon pays only 35% of retail outside the narrow $2.99 to $9.99 price range. Look for that 35% to be applied at all prices.

For most authors the result is easy to calculate. Simply take your current income from Amazon and cut it in half.