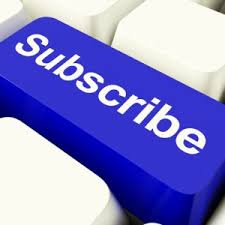 Many talk about creating a ‘Spotify for eBooks’, but all too often they fail to grasp the differences between the media, marketplace and cultures and once again see all as the same. There is no reason to doubt that a subscription service will work for some book sectors, but there is plenty to question whether it could prevail across all sectors.

Academic, professional and educational sectors have a captive audience and market and often also have ‘must have’ content. This makes subscription services potentially viable in these sectors. There are questions about who can aggregate the offer and whether the subscriber is the user or a secondary intermediary service, but the content is often mandatory either way. The challenge is establishing that one stop shop and recognising that multiple ‘must have’ offers don’t always work in the eyes of the buyer.

Music, newsprint, magazines, film, TV along with services such as broadband and mobile service provision are ideal for subscription. The nature of these services also can lead to collaborative offers which can exploit additional memberships and add additional value. Importantly with regards to the content it is less about individual files and more about access to databases and collections.

Trade ebooks however have several challenges. The market and consumer reading is still very mixed between ebooks and pbooks, The readers are likely to only read a mere handful of books a year and often in an inconsistent and unpredictable time manner. Heavy readers tend to be eclectic in their habit and therefore do not want to be restricted to one genre and whereas ‘Twigging’ works best in a ‘must have’ market it is often far less important in a trade market where depth and range can be easily provided and search and discovery become more important.

The emergence of MOOCs such as edX and Coursera have started to radically change the content and business model in academic and education sectors. Jimmy Wales, founder of Wikipedia reflects on his own experience, ‘I was taking an advanced calculus class and my instructor was reputed to be a fabulous researcher, but he barely spoke English. He was a very boring and bad teacher and I was absolutely lost and in despair.’

‘So I went to the campus tutoring centre and they had Betamax tapes of a professor who had won teaching awards. Basically I sat with those tapes and took classes there. But I still had to go to the other one and sat there and wanted to kill myself.’

We now have TED Ed, MOOCs, Khan etc all built around offering the best teachers, content to all irrespective of location. The emergence of the virtual and universal course is forcing institutions to rethink their models and here access to quality can be best achieved by a subscription model.

Even the software industry is ditching its perpetual licence model and starting to move to a subscription based one. This drive is being led by the likes of Microsoft with their Office 365 which is now offering subscribers full office mobile on the smartphone.

Streaming services and faster mobile bandwidth are changing media markets such as music, film, TV sports. We are now seeing a clear shift from download and buy, to own to subscribe to access on demand as much as you want. Large subscription based services such as Sky, Vodaphone, EE, BT are all now also having to offer complimentary and added value services to maintain their member bases and avoid churn. Vodaphone are offering new 4G contracts with either Sky mobile sports or Spotify bundled in the UK. In other words you can now subscribe to one umbrella service and get the others at discount or even free. It’s about community and lock-in based on a single subscription.

So what about books?

Today we have a number of attempted subscription based services; Nuvem de Livros in Brazil and Argentina, 24Symbols in Spain, Oyster in US. We have the potential return of the subscribing library and offers such as Amazon’s lending library. However these have to compete with a market which is still in a heavy discount war and undergoing fundamental relationship and value chain changes. The subscription offers that have emerged are not doing anything new and it could be argued are appealing to students and so tapping into the ‘must have’ segment not the trade.
We also have the potential of our Read Petite venture and subscription model and we would argue that this is different content to trade ebooks and a different new marketplace.

Subscription models are appropriate where there is a high reliance on the access and ’must have’ content, the captive audience and the alignment with mobile and online streamed services. We would suggest trade ebooks are not there today and are unlikely to make that transition anytime soon.
Posted by Martyn Daniels at Thursday, August 22, 2013