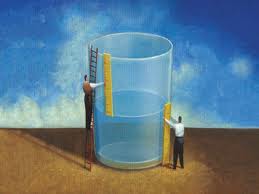 Last week Apple followed Amazon with a patent application to create a service which many fear would wreck the digital booktrade – a used ebook market.
Some will suggest that it will never happen and that the lack of a first sale doctrine on digital files, be they, software, music or ebooks is covered by law. Others will suggest that the law may bow to consumer pressure and the arguments against resale of digital files are not in the interests of the consumer. Whatever the point of view, the consumer awareness is now being raised and the issue is being tested in the courts. We first wrote about Redigi last year and still await the US court ruling, but we already have seen a the software case brought by Oracle fail in the German court. Redigi has also stated its intent to come to Europe and to not just sell music but also ebooks.
We then had the patent granted in the US to Amazon and now an application by Apple. The Apple application goes into great detail on how the process will work and cites different scenarios. So are the two giants squaring up to close the door to others even before it is even open?
Anybody standing on the sidelines would probably suggest that the writing is already on the wall and that it is less of a case of ‘if’ and more a case of when.
The logic against resale would appear strong:
·         The file is pristine and not worn and therefore it has not lost value
·         Resale of what are ‘new goods’ would undermine first sales.
·         How do you authenticate genuine ownership?
·         The resell would put nothing into the copyright owner purse and in fact will reduce their earnings.
·         It is difficult to guarantee that the original file has been deleted on resale.

However, we would suggest that rather than looking at the glass half empty, the potential to resell digital ebooks could be a great opportunity not only to raise additional revenues, appeal to consumers but also address some of the black holes in today’s digital environment.
The Honesty Box
A controlled resale marketplace offers the opportunity to finally make the initial first sale market transparent to all. If digital licences need to be authenticated then that has to be auditable and transparent to owners. In other words unless a licence can be authenticated it is a ‘rogue’ and as such can’t be resold. Not only do we start to see all licences granted but also all licences transferred.
Authentication
To be able to resell authentication needs to be established which could be easily achieved via watermarking technology. Some would suggest that watermarks could be removed or amended. This is true but once removed or tampered with they become rogue and clearly pirate copies. Being able to sell used copies may be a bigger incentive to consumers than sharing free via pirate or unauthorised sites.
DRM
Rather than flipping from the current heavily restricted encrypted files which remain locked for the life of the owner, we can move to a more social DRM environment based on authentication of ownership and which rewards honesty.
Walled Gardens
Today we have what is often referred to walled gardens . These are platforms which lock customers and their content into one service and exclude or make it difficult for others. They thrive on their own encrypted files and DRM and Amazon and Apple’s parents would perpetuate this situation. However if a open resale marketplace were to be established, it could change this situation in a similar way to how MP3 broke the iTunes stronghold on digital files.
Revenue sharing
Fixing the price of a second sale may sound easy but may prove impossible. However, fixing the levy paid to the copyright owner on a second sale may prove easier to enforce. If we presume a file may have more than a second life this would mean that revenues would be generated on each resale which itself could prove a sustainable revenue stream. Interestingly, it is easy to see how this promotes reading for free where the buyer pays and recoups their investment on sale. Would this destroy new book sales – no. It would certainly alter them but unless there is a copy in of new titles produced but could also stabilise the cannibalisation of print.
We have to look at both the negatives and well as the positives and discuss these with a view to moving forward. We could sit on our hands and expect nothing to change but it will and by not exploring the positive we will just inherit someone’s else’s rules.
The glass can be half full but only if we look at it that way.
the marketplace someone has to buy that first copy. This may skew the number.
Related posts:
Redigi to Land in Europe and Sell Music and Books! Jan 2013
Digital Files Aren't Just For Christmas, But For Life July 2012
First Sale Doctrine: Digital Threat or Opportunity? Jan 2012