Power to the ARM Chip 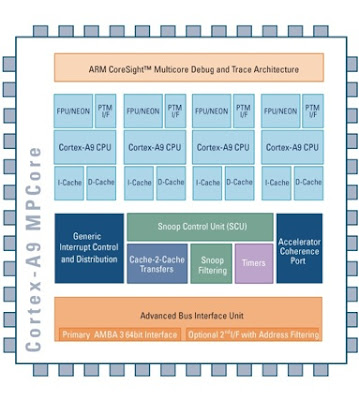 When you look under the hood of the mobile devices that we all read about today you will find ARM architecture. It’s in the iPhone and if it were Intel, we would have a sticker on many smartphones saying’ Powered by ARM’.

Their Cortex A15 processor may not be the next off the production line and not due out till next year and in devices maybe in 2012 but it claims to give a performance five times greater than today. This step change puts ARM into a different league and one that goes far further than mobiles. Many players such as Microsoft already licence ARM architecture and there are many questions as to whether ARM can compete at 32bit let alone move to 64bit at the top end.

It biggest mobile rival, Qualcomm, has been increasing its offer on its own ARM variant, the Snapdragon and plans to increase the speed to 1.5GHz next year.
What these moves signal is that the mobile platform is about to become even more powerful and change the way we interact with technology even more than it does already.
Posted by Martyn Daniels at Thursday, September 09, 2010