The Rare Treasures Of Eton College 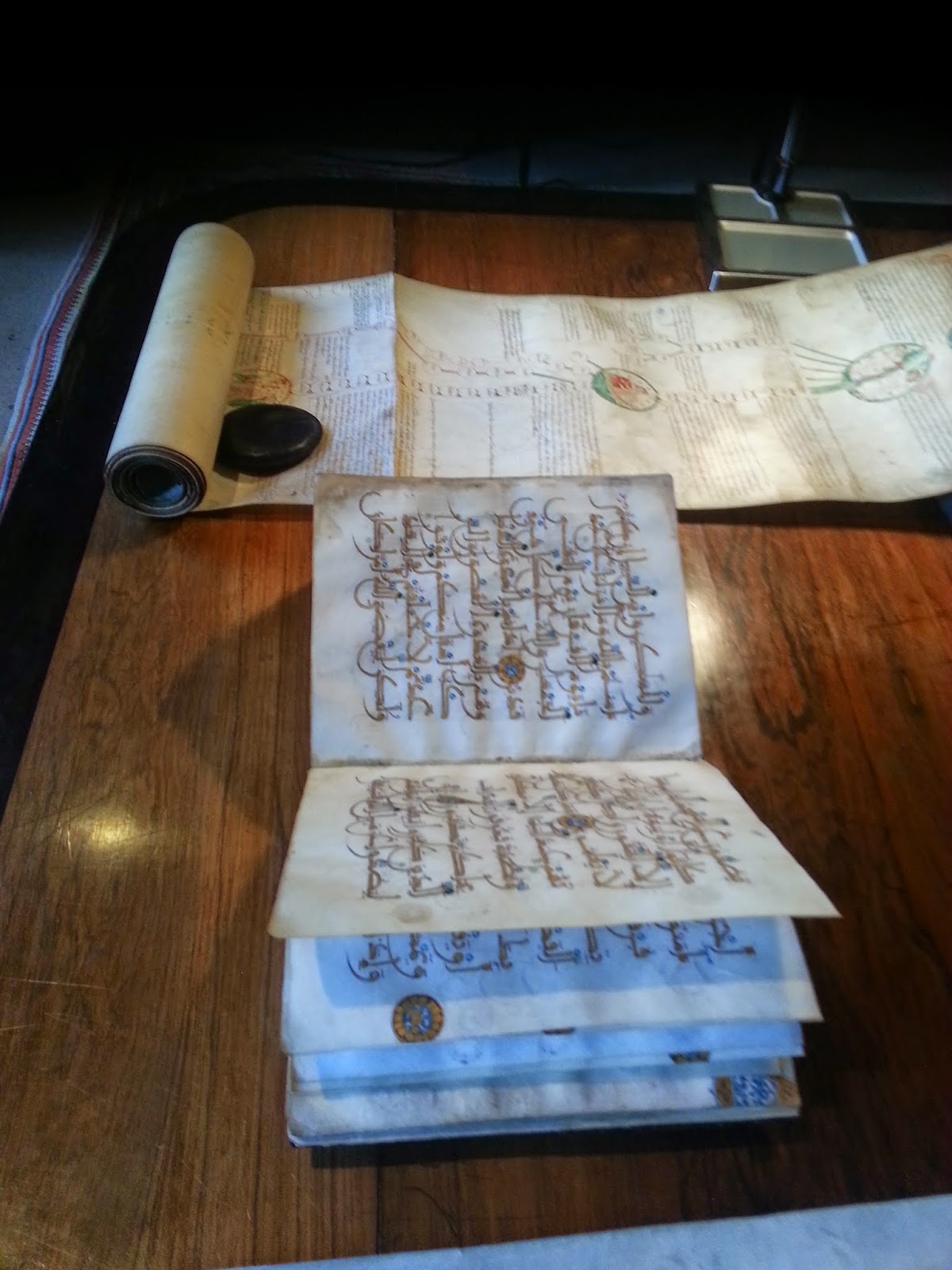 How many times do you stand inches away from an original Guttenberg Bible?

Yesterday we were privileged to in a very small party of Royal Warrant Holders at Eton College. After an uplifting service in the Chapel, visiting the oldest classroom in the UK with names of former pupils carved into ever pew and over every wall, visiting the old school kitchens and the refectory we went to the college library.

The library itself wasn’t huge, some two generous rooms with a mezzanine floor but with walls shelved from top to bottom with rare books. The librarian, Michael Meredith led us straight to the original Guttenberg Bible, a volume of which was sitting open and proud on its stand waiting for us. The first thing that struck you was that it wasn’t behind glass, nor was Michael wearing white gloves when he handled it. It had been brought out especially for us and was in as near perfect condition any 600 year book can be.

Michael told us the story of how it had been donated to the college and that it is one of only a few complete works remaining. The neat two columns of text on each page vary in the numbers of lines between 40 and 42 and make it one of the first to come off the press or presses.

Looking at the pages you were struck by the quality and clarity of the print on this the paper rendition showed no damage or foxing. Each page had been rubicated by hand, but this was minimal and compared to the illuminated manuscripts of the time, must have been viewed as very plain. You immediately thought that this had the look of the first mass produced book. On one page rubication error had been made and instead of neatly covering the rubication, or erasing it, they had simply colour blocked it out with their red ink. Did this reflect what they thought of the book’s value at the time?

Micheal then showed us some other books from their collection that he thought we would be interested in.

There was a Qu'ran which dated back to the times of Saladin’s in Spain and was scripted in gold! Michael told us of a group of school children who visited the library and of a young thirteen year old girl, who read the Arabic out loud and then translated them to English. We wondered how many could read and translate the western works and Latin of that time?

There was the banned work of Copernicus, in which he stated that the planets revolved around the sun, an exquisite Dutch illuminated Book of Hours, the first book on the Art of Anatomy with skeletons and muscles, Microscopia with a gate fold of a flea depicted from the first microscope in the 1600s. 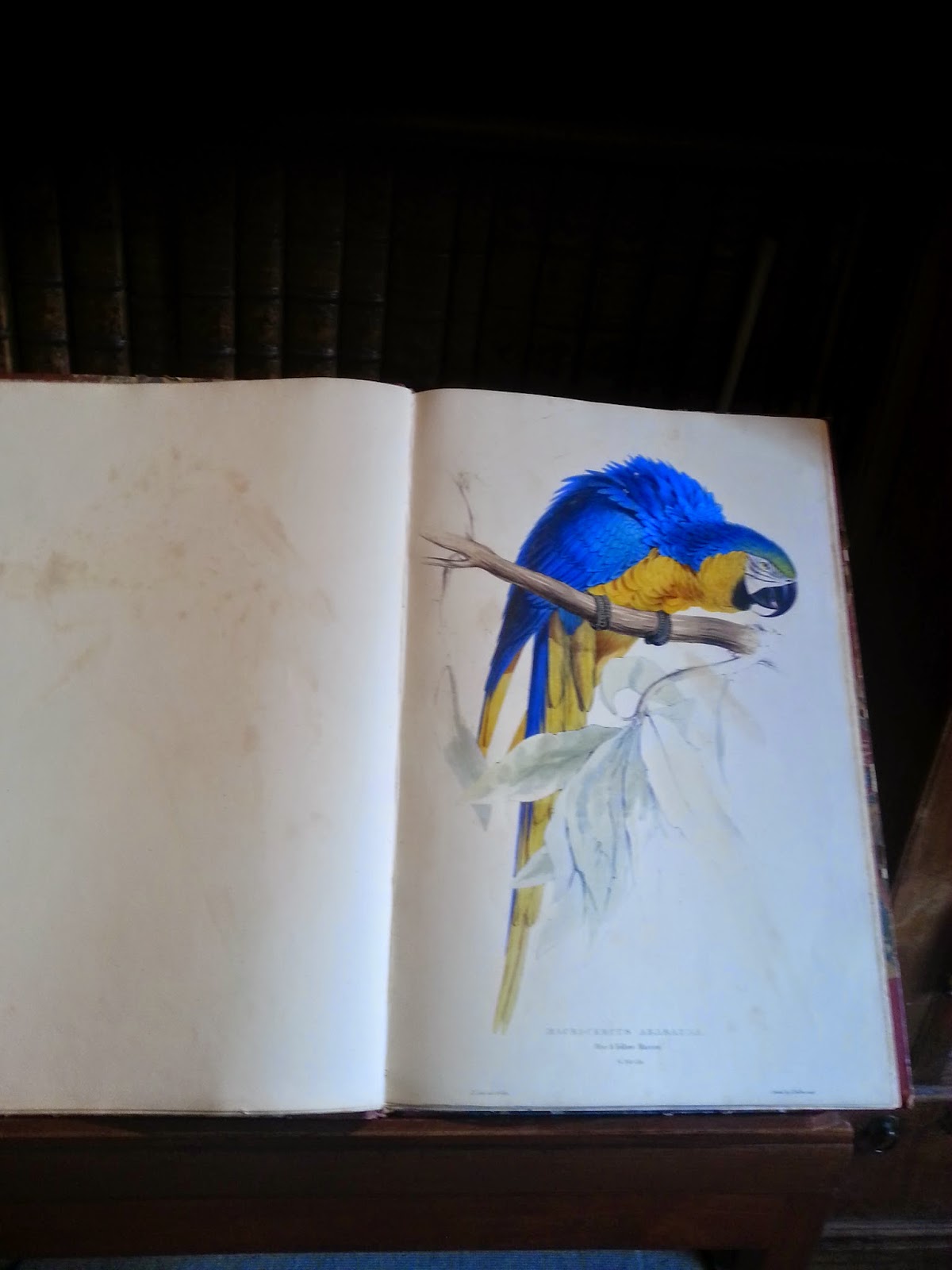 The library boasts some 400 books from before Guttenberg and among its many scrolls was one depicting the history of the world from God Adam and Eve to 1600s and another signed by Elizabeth I, which listed all her Christmas gifts. There was a triple column timeline illustrated volume with first known book illustration of the head splitting of Thomas Becket and depiction of St Francis of Assissi. Sitting proud in full colour was an Edward Lear’s ‘Parrots’ which thankfully had not been broken up like many of its contemporises.

We were shown the first edition of the Complete Works of Shakespeare sitting next to two original first folios from the Globe. Michael noted that there were often variations between the two, as the complete works was taken from his original manuscripts and the folios often contained amendments made by the prompters at the theatre.  Which one is now right?

Finally, Michael introduced us to the college’s new ‘Record of Remembrance’ exhibition of the First World War with its MacNaghten War Memorial Library, which was donated to the college and just as we were leaving we noticed sitting on the wall was a painting and ornate frame which looked somewhat out of place, it was a Rossetti!

Some may say that Eton is for the privileged and we certainly felt privileged on the day.
Posted by Martyn Daniels at Monday, December 01, 2014