There Is More to Reading Than Digital 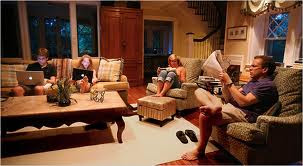 So who will adopt ebooks as their main source of reading and will they become exclusive ereaders, or will people adopt a different approach according to type of book?

This week we have two interesting perspectives. One from The Technology Review MIT ( Massachusetts Institute of Technology) which offers some thoughts in their article ‘The Death of the Book has Been Greatly Exaggerated’. The second from a survey by Scholastic, who surveyed over 2,000 children ages 6 to 17, and their parents for their report 'Reading Books in the Digital Age'.

The year 2015 is fast becoming the 'Nostradamus Year' of the book. We ourselves have even have predicted that 20 to 25% of market share will be digital by then and that some sectors will be ‘digital’. Others have been more outspoken, saying that the figure will be more like 50% and some even predict that the death of the book we knew and grew up with will be sooner.

The MIT article talks of a ‘peak of inflated expectations’, which will move to a ‘trough of disillusionment’ before it grows back, through a ‘slope of enlightenment’, to a ‘plateau of productivity’. They question the disparity between actual sales statistics and claims from the likes of Amazon that ebooks are outselling hard-cover books and that they own some 80% of today’s world's ebook market.

They argue that the backlash against ebooks, by those who aren't so in love with technology for its own sake, has yet to begin, ‘Unlike the move from CDs to MP3s, there is no easy way to convert our existing stock of books to e-readers. And unlike the move from records and tapes to CDs, it's not immediately clear that an ebook is in all respects better than what it succeeds.’

It is an interesting argument and when we step back and look at music and video, we saw a migration that was in many ways forced by technology change. Once the music producers moved onto the next platform, the old one died and we all either converted our collections, or reinvested. Books are different we don’t see a mass burning of the old books to make way for the new. The eBook still has to be created by a manufacturer and digital conversion is not yet a DIY offer. The old technology isn’t going away and the market is too vast in terms of works and players and unlike many media sectors, isn’t controlled by a few.

MIT state that old books are not going away. We currently live in a front list world but is that a false world manufactured by publishers or real one responding to consumer demand? Does the reader instantly turn to the publication page and check the book is new – we think not. So when many more works become available digitally will these capture our interest at the expense of the front list and book of the month?

MIT recognise that publishers have ‘largely made it impossible, or at least difficult, to loan, trade or re-sell ebooks, for fear of piracy’. This is a major shift in consumer behaviour and is ignored at our peril. Its ironic that a time we talk about reading groups, lending books to friends and general sharing of a good books, we stop it with one fell swoop with DRM. As Christmas approaches just how easy is it to buy a ebook as a gift?

As you would expect, the Scholastic report found that the older kids (57%) spend more of their leisure time online and with their gadgets rather than reading books for pleasure, but a third said that they would read more books for fun if they had access to ebooks on an electronic device. However, two-thirds said that they would not want to give up their traditional print books. So is it access to ebooks, or access to the books by a specific device that is the block, or do we have a case of a child's intent being disconnected from their action?

Parents are key to providing the devices and encouraging their use, but the report finds that most parents believe that electronic devices take away from time their kids spend reading, being physical, and engaging with family. Also if the parents themselves aren’t users then they are not going to be committed to promoting the devices.The report found only some 6% had a device and only 16% have plans to buy one.

The report did alarmingly identify a high level of trust in information available on the Internet from the children surveyed, with some 39% of 9 to 17 year olds declaring that the information they found online was “always correct.”

Finally we must accept that readers look for different things from different works according to what they want form them and the role they are playing at the time. A student will want and use a textbook differently from their teacher, who will use it differently again to the researcher. Again we don’t just read one genre of books but are often very eclectic in our reading. The problem is that these huge differences in need are ignored by many who see just books and assume that all are the same.
Posted by Martyn Daniels at Friday, October 01, 2010