Who Would You Buy; Readers Digest, B&N, Nook, Whatsapp? 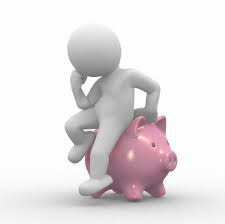 Barnes & Noble
G Asset Management LLC has offered to acquire 51% of Barnes & Noble at $22 a share, valuing the bookseller at $1.32 billion. They also proposed to acquire 51% of the Nook e-book division at $5 a share.
The big question is whether the business is worth the valuation and also exactly what they will do with it in order to get their return.

Nook is clearly on the ropes, losing executives in a continual game of musical chairs and only this month declared it will shed engineers on Nook as they continue to haemorrhage business and try to dump their hardware development. Competition from Apple's iPad and Amazon's Kindle continue to dominate the market and with Kobo picking up the international new business and aligning with Kobo what does Nook really have to offer? Barnes and Noble made two fatal ebook errors in not expanding its International reach until it was too late and not creating an attractive and easy to use self-publishing and digital content business.

The retail business remains but is like a giant ship that has built on yesterday’s economic model and is increasingly challenged to tack and change course in what are choppy and dangerous waters.

The news of G Asset Management offer has increased the demand and trading in Barnes & Noble shares which closed still short of the $22 offer price, which would indicate that the market may be sceptical that the deal will go through. Analysts are expecting Barnes and Noble to announce a per-share profit of $0.61 on $2.03 billion in revenue, an 8.8% drop from a year ago. So even splitting the book and Nook businesses may not look that attractive and maybe Microsoft may wish to counter the Nook offer.

Readers Digest
Next comes a relative little publicised sale of Readers Digest for just £1 by Better Capital to a venture capitalist. Readers Digest was once a force to be reckoned with and dominated its marketplace. Better Capital bought the business out of administration for £14m in 2010 adding a further £9m of investment, but despite the title’s administration freeing a £125m black hole in Readers Digest’s pension fund they failed to stave off its collapse into a company voluntary arrangement last January. Now Mike Luckwell who made millions from the TV company behind Bob the Builder has snapped up Reader's Digest UK for £1.

Mr Luckwell wants to take on Saga and focus on the over-50s market and exploiting financial services opportunities who he states are increasingly active and under-served by other media groups.

“Over-50s have a very different life than they did 20 years ago,” Mr Luckwell said. “People over 65 are jumping out of aeroplanes now, it’s a younger type of audience with a ridiculously high proportion of the wealth and only 10pc of advertising.”

He plans to restart the Reader’s Digest product sales business and invest in its online services, even potentially charging for access to its website and couple this with an expansion into financial services. So is the brand recoverable and importantly is the mailing list that is key to its reestablishment sufficiently active to support it? The mail list may be huge but like all lists it ages quickly and becomes harder to mine effectively when the vast majority is postal and you wish to convert them to a digital business. However, managing the list and renting it could be attractive and the brand alone is a steal for £1.

The purchase raises the question why no publisher who had any intentions to offer a direct to consumer offer did not stump up the cash to buy Readers Digest for a £1?

Whatsapp
Facebook announced last Thursday that it would pay $4bn (£2.4bn) in cash and $15bn (£9bn) in Facebook shares as part of the deal to buy the Whatsapp real-time messaging service. The app's founders and employees will get $3bn (£1.8bn) of the shares as four year restricted stock. Facebook previously bought Instagram for $1bn and has a strategy of extending its community offer buy acquistion.

Since the likes of Skype first showed that connecting people for free over the internet could build and deliver huge communities others have taken up the mantle. So does being able to offer even further growth as well as extending the offer make Watsapp a perfect Facebook fit?

It is not that the service is ad free, or has stringent privacy rules, or that it has relatively small in overheads in only having some 50 staff, as all these could change with the wind. What is important is that it has the community, the quality of the service and is easy and free to use. When you plug this into Facebook you have a rich community with multiple ways to effectively communicate and this starts to protect Facebook from others who merely copy and refine their current offer. The younger Facebook generation who may be becoming disillusioned with the site that is now being used by their parents and even grandparents, may be retained by the lure of comprehensive connection by any means under one roof and advertisers just value more connections and a larger community.

We may question the price paid but it is relatively chump change for Facebook to stump up and offers them a quick growth and increased valuation options. There are few who have the cash or the benefits case to compete with such a purchase but it is worth noting that Skype has gone somewhat corporate and dry since it was itself acquired by Microsoft and this has fuelled the likes of Whatsapp. However Facebook doesn’t yet have the same corporate treacle of Microsoft so can probably ingest Whatsapp a lot better.

So which is the best buy and which buyer offers the best investment strategy? All three are very different but all
Posted by Martyn Daniels at Sunday, February 23, 2014