eBooks and the Law, the Taxman, the EU and the French 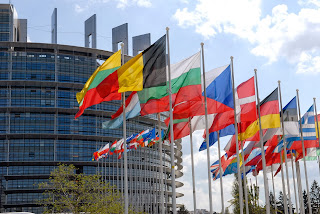 Taxation and the law are often used to steer communities into a certain culture and direction. Sometimes they respond to changing values and aspirations, in other the aim to act as a catalyst to change and in some it is to pursue blind dogma.

We have seen aggressive tax efficiency programmes by many large corporations exploit the low tax rates of some EU member states to the clear detriment of others. We have seen huge subsidies being lavished on the likes of Amazon by UK authorities in order to build warehouse in areas of high unemployment, or to stimulate local communities. These are nothing short of today’s ransom notes forcing the public purse that they shun from contributing to, to be spent on them.

But the question remains; how should legislation and taxation respond to change or stimulate it?

We then have the potential EU harmonisation of VAT on ebooks which is planned for January 2015 along with the change of taxation from the point of dispatch to the point of consumption. Both are is long overdue, but whereas the allocation of VAT at consumption may be easy the harmonisation of the rate is dependent on all agreeing to act as one – a real challenge when some want the current situation to continue as is and others are already defying the rules and going their own way. Irrespective, we must first define an ebook and establish when an online service on subscription is an online service or an ebook service. Also as more embrace epub3 and move towards multimedia dno ebooks still remain an ebook irrespective of their content being potentially also audio, music, video, games and information streamed services?

The French are infamous for their proactive approaches on such matters. The government of President François Hollande has introduced a 70% tax band for high earners which may have gone down well on the left bank, but has also gone down well in neighbouring states and cities such as London, where property prices have been increasing, due in part to the invasion of French high earners wishing to avoid the new levy. Perhaps it was the French government’s way of reintroducing the revolution, but this time, minus the guillotine?

The French have also responded to Luxembourg’s low VAT rate on ebooks by cutting theirs at a time when they were told it was against EU rules, which as a leading EU player, they continue to break today.

French deputy Isabelle Attard came up with the weirdest of proposals to introduce a higher the rate of VAT on ebooks that have DRM. The logic was that it would stimulate an open market but the reality it was clearly aimed at penalising those ‘walled gardens’ of Amazon, Apple, Kobo etc.

Some would suggest that It was a stupid and ill thought out proposal. As we have written before encrypted DRM is not the answer, but also leaping to a DRM free market without due consideration is an ill thought out recipe for disaster. Whoever the consultants, advisors and lobbyists were that influenced the thinking they lack the common sense to see past the next step. Rather than opening up a legitimate second hand market they destroy the potential to resell and to create a soft authoritative ownership watermark. Did the removal of DRM in music destroy iTunes, or really change the market domination of the handful of players who share the same market, albeit minus DRM today?

We now read that the amendment to raise the DRM restricted ebooks to 19.5% VAT has thankfully been defeated.

However, the French have passed French lawmakers voted last week to pass a law that prohibits online booksellers from offering free delivery to customers on top of the maximum 5% discount on books. It would be great if the French Booksellers were to respond to all this central help, but they have hidden behind fixed pricing and done little to respond to change. It’s rather sad that the French lawmakers remain somewhat adrift of today’s market reality not knowing who they serve best; the author, publisher, bookshop consumer or from some points of view, none of them.

The problem is that we all want change and the digital marketplace to evolve locally and to enable future opportunities to be able to be exploited. The question is who makes that happen in a global and complex marketlace?

Alfred said...
This comment has been removed by a blog administrator.
5:31 pm