Is the Agency Model Really the Garden of Eden? 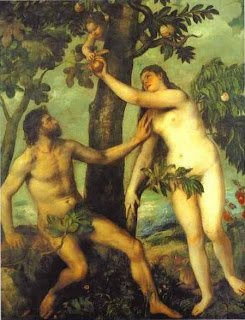 People keep asking us what we think about the ‘agency model’. The question and tone in which it is delivered would imitate that they have doubts, don’t fully understand it, or that they are looking for reassurance.

The agency model has been well documented and heralded by some as the ‘white knight’ to retake price control from the likes of Amazon and wrestle back control to the publishers. Some see it as ‘the solution’, others as a quick fix to the discounting problem. Some suggest that rather than fix it the discount issue it actually makes it worse and merely raises bigger and more complex issues. Some go forward appearing to believe that they can walk on water and that the power is back with the publisher, ‘were it should be’ The reality is somewhere in the middle and any solution that lands in the middle is not likely to solve the problem, but instead merely sit in the middle solving little.

The economics makes sense to some. However, sceptics would suggest that the losers under the old model become winners and the winners under the old model become the losers. If retailers choose to sell at a loss they have to pay irrespective of the sale price at an agreed trade price. The trade price is what then constitutes receipts to the publishers and forms that basis of royalty to the author that are under net receipts agreements.

We now have two new issues; taxation and retail price maintenance. We presume that publishers have worked out the implications on taxation and are happy to be retailer and accept the potential tax obligations. We also presume that UK legal council has been sought re the potential of some raising the position of the model being seen as reintroducing retail price maintenance.

What the agency model clearly does is promote more authors to go solo on digital rights. The prize for digital self publishing has just risen and although this may not be a big issue for the major houses today, it is certainly one that is growing and sharpening its teeth.

The more audible the noise in the market the more the consumer is not going to be happy. Imposing higher prices on consumers is not a wise move and as proven many times, is often one that comes back to haunt those who do it. Playing with author’s earnings is also not wise unless it improves them.

The real question is whether Apple really cares in the long run
Posted by Martyn Daniels at Sunday, April 25, 2010

I will be buying NO ebooks from the agency cartel at these new prices. I would rather buy from the used paperback market. If they want to play hardball, I can too. My TBR list is very long...

The Agency model doesn't force the publisher to put up prices though. They can still set ebook prices lower if they want to, so there is no imperative to upset the market - they have the choice to do so.

Also I'm not sure that I agree with your assertion that the publisher collects less. As far ass I can see, for most ebooks the agency fee will be less than the standard 'discount' being offered before.

Mathew I respect your comments but the publisher is now collecting 70% of the sale price that they set. The price appears to be somewhere between say $10 and $15. Before they got the RRP price minus discount which obviously is highly variable but at between 55% and 65% discount isn't hard to calculate. The retailer selling at $9.99 was selling often at a loss but now at say $13 is pocketing 30%. The maths isn't hard its just plain perplexing.

The point you make re the consumer is the same as that expressed by the music industry when they were challenged on high pricing of CDs when they appeared. I would never dismiss the consumer and they have long memoires